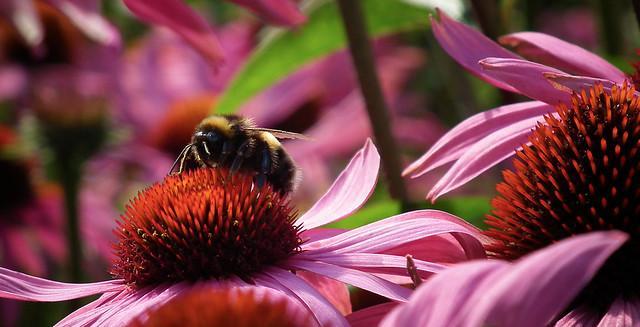 We all grew up with wives tales of how to cure sore throats with peroxide and itchy skin with oatmeal, but what about home remedies for allergy relief? With the vast majority of people Googling their ailments in search of relief, it’s no wonder a handful of home remedies have become popular enough to have patients asking their doctors if these things really work. One of the most common myths we hear is that raw honey can be used to build an immunity to seasonal pollen allergies, much in the way allergy shots work.

The idea is that honeybees use local pollen to make honey, and much like allergy shots, exposing your self to small amounts of pollen will help retrain the immune system to not react to the allergy. The folly with this idea is that the bees use pollen that most people aren’t allergic to, like wildflowers, instead of ragweed.

While it may be harmless for some to try, and the homeopathic journals swear by it’s effectiveness, it is very important to keep in mind that it is possible for susceptible individuals to develop an allergy to the pollen they are exposed to via the raw honey. Scientific and medical journals have reported their fair share of anaphylactic or life-threatening allergic reactions caused by consuming raw honey.

Instead of taking a risk, seasonal allergy sufferers that are tired of dealing with symptoms should make an appointment with an allergist for allergy testing. Once the exact allergens have been pinpointed, immunotherapy can be used in a controlled environment to help prevent allergic reactions to those allergens.