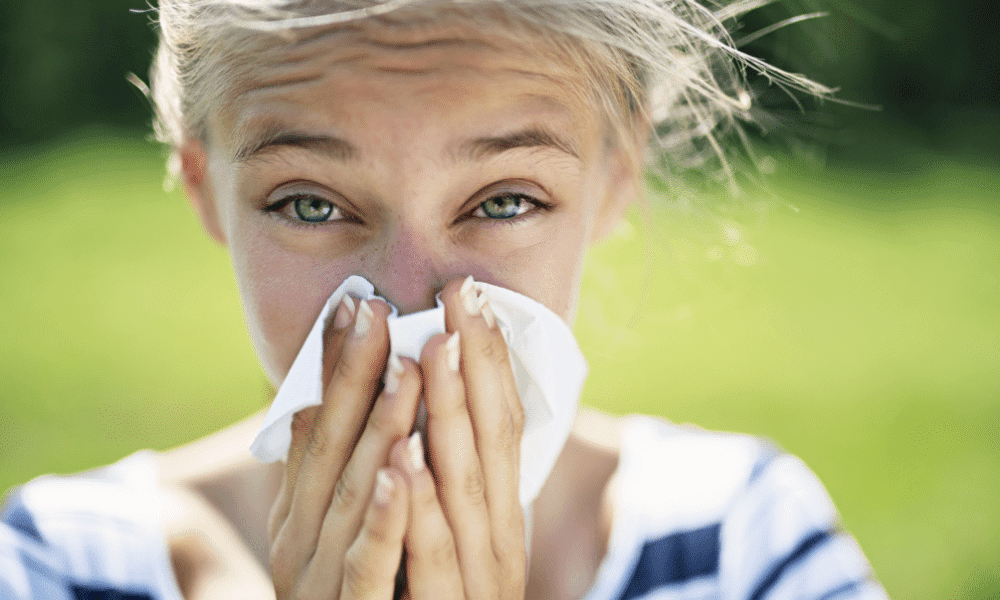 Allergic rhinitis, the formal medical term used to refer to nasal allergies and associated nasal symptoms, is estimated to affect roughly one-third of the global population with an annual economic impact of 20 billion dollars in the USA alone. Its prevalence and incidence have risen with global urbanization and exposure to various chemical irritations such as automobile exhaust and vaping products. It is also known to have an association with other diseases such as asthma, ear infections, sinus infections, and atopic dermatitis.

Typical symptoms of allergic rhinitis include a runny nose, sneezing, trouble breathing through the nose, postnasal drainage, and itching. Of course, allergies as a whole can present with all manner of other symptoms such as itchy watery eyes, rash, and hives on the skin, diarrhea, or even life-threatening anaphylaxis. However, these non-nasal presentations are outside the focus of this article.

Fortunately, with the widespread and increasingly common nature of this issue, there have been a host of treatment methods and options developed to provide relief to the general public.

There are four main ways to manage allergies:

◆ There are a wide variety of over-the-counter allergy medications that can be safely used for the long-term management of nasal allergy symptoms. Most people are familiar with antihistamine tablets such as Claritin, Zyrtec, and Benadryl. However, there are numerous other tablets and nasal sprays which can be used as well. Leukotriene inhibitors like Singulair can be added to the daily antihistamine regimen for improved symptom relief. Nasal steroid sprays and nasal antihistamine sprays such as Nasonex or Astepro can also be used instead of or in addition to tablets for even further relief. There are also prescription nasal sprays such as Atrovent which is from a family of medications called “anticholinergics” and can reduce runny nose.

While many allergy facilities have slight individual variations, typical allergy shot schedules usually start the patient off by having them come to the office twice per week for their shot, then once per week, then once every other week, and eventually once per month for maintenance dosing. This process can take several months before it yields any symptom relief, and the maintenance shots are performed for 3-5 years.

With the caveats above in mind, immunotherapy is otherwise an excellent option for people who want to avoid using any medications as much as possible, and it is also useful when medications alone have not provided sufficient relief.

3. Avoid and reduce exposure to allergens.

Common recommendations for dust allergies include using HEPA filters for the HVAC system and in the household vacuum cleaners, using special case covers for beds and pillows, and frequent and thorough cleaning of linens and common living spaces. For other allergies such as cat and dog dander, knowing beforehand can be useful to avoid potential buyer’s remorse and daily aggravations. Some pet owners simply use frequent hand washing after coming into direct contact with their furry friends as well as frequently cleaning their living spaces of animal dander. Some pet owners relinquish their care of the pet which can be a very difficult decision, while many others rely on the other treatment methods discussed in this article. For other allergies such as pollen or mold, it can be nigh-impossible to meaningfully avoid them on a day-to-day basis.

◆ While not a commonly discussed solution, surgery is an excellent nasal allergy treatment for the right person. While no surgery will cure allergies at the immune system and cellular reaction level, surgery can alleviate any underlying anatomic blockage of the nasal airways and reduce mucus production which compounds existing nasal allergy symptoms.

The most common reasons to consider surgery as a nasal allergy management option include:

Conveniently, the most common nasal symptoms from allergies are a runny nose and difficulty breathing through the nose, and there are several surgical options to target these issues.

For people with enlarged turbinates or deviated nasal septums, any swelling of the skin or “mucosa” inside the nose will narrow the already obstructed nasal airway. As a treatment option, septoplasty and turbinate reduction surgery can vastly improve nasal airflow and quality of life. A meta-analysis published in the Journal of the American Medical Association (JAMA) in November of 2022 demonstrated that surgically reducing the size of enlarged turbinates alone provided statistically significant and meaningful improvement of patients’ nasal congestion, nasal obstruction, and even runny nose in certain cases. These measurements were taken over 12 months after the surgery was performed.

Similarly, there are surgical techniques to reduce nerve signaling to the nasal membranes and thereby reduce nasal congestion and mucus production. ClariFix and RhinAer are the two primary procedures for this, but many years ago a more traditional and invasive surgical procedure called a “vidian neurectomy” was performed. The ClariFix and RhinAer procedures are largely the same in terms of efficacy with the primary difference being that ClariFix uses cryoablation to dampen the nerve signaling while RhinAer uses radiofrequency ablation to accomplish the same goal. For Clarifix, a 2017 study published in the International Forum of Allergy and Rhinology demonstrated a statistically significant and meaningful reduction in nasal congestion and nasal drainage at the 30, 90, 180, and 365-day mark after completing the surgery. For RhinAer, a 2022 study was published in Allergy and Rhinology echoing similar findings to the ClariFix study with their end measurements being at 24 months after completing the surgery.

While most people do not need the full extent of all the above allergy treatment options, these therapies can be used concurrently for those whose allergies are particularly severe. Not only can everyday, over-the-counter antihistamine tablets be used at the same time as nasal sprays, but all of these medications can be used at the same time as allergy shots. For even more protection and reduction in symptoms, all of the lifestyle modifications and household changes can be combined with all of the above as well. Last but not least, surgical options can be combined yet again with all of the other treatment options for further effect and symptom relief.

At Atlanta ENT Sinus & Allergy Associates P.C., we offer a wide variety of diagnostic and treatment options for nasal allergies. If you struggle with your allergy symptoms and would like to pursue further diagnostic evaluation and treatment, call our office at 404-255-2918 to schedule an appointment.