Sleep apnea is a silent affliction that affects millions of people every year. It often goes undiagnosed, and has been associated with many health problems from tiredness and lack of focus to high blood pressure to diabetes to mental and emotional problems.

Obstructive Sleep Apnea, or OSA, is a very common sleep disorder. Indicators of the disease include heavy snoring, blockage of airways during sleep, interruption in breathing and sleep cycles. During the day, those who suffer from the condition experience lack of focus, extreme tiredness, mood swings, headaches, sore throat and other symptoms.

The affliction is most commonly associated with men, but the new study indicates that women may be at serious risk for health problems associated with the condition as well. This is especially true of those who are post-menopausal.

The study, conducted by researchers out of Brigham and Women’s Hospital in Boston, drives home the importance of identifying and treating sleep apnea for women. This is vitally important because in general, women are screened for the condition far less frequently then men are.

The study involved over 1,600 subjects who averaged in their early 60s. When the study began, none of the participants had been diagnosed with heart disease. The patients were tracked for about 14 years over the course of the program. Over that period, over 45 percent of men and over 30 percent of women died or developed heart problems.

While the study was not designed to look at cause-and-effect issues, it did find that women who suffered from sleep apnea at a moderate to severe level had a much higher risk of heart issues than those without sleep apnea — in fact, nearly 1/3 higher. Female patients were found to have higher levels of the chemical troponin, which can be a marker for early heart problems. No similar associated link was found among men.

Researchers say these findings highlight the importance of screening, diagnosis and treatment of sleep apnea in older women.

Anyone who experiences symptoms of sleep apnea in the Atlanta area should see a qualified ENT doctor for diagnosis and treatment of the condition. Heart disease is only one potential complication that can arise from this problem. It has been linked to diabetes, high blood pressure and even cancer. Identifying the problem can be the first step in avoiding many more serious health problems down the road.

If you are a woman who suffers from the symptoms above and you think that you may need treatment for sleep apnea in Atlanta, there are options available. From CPAP machines to medication, oral appliances and surgery, treatment options exist that can address the problem. Call Atlanta ENT today for more information and an appointment.

Meta: Learn why women who suffer from sleep apnea in Atlanta and elsewhere may have an increased risk for heart disease. 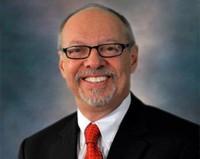 Ramie A. Tritt, MD Ramie A. Tritt, MD, FRCSC, specializes in nasal and sinus surgery as well as snoring and sleep apnea surgery at Atlanta ENT, Sinus & Allergy Associates, P.C.’s Sandy Springs location in Atlanta, Georgia. Dr. Tritt graduated from medical school with honors from McGill University in Montreal, Canada. He completed his otolaryngology residency at McGill University and his fellowship in otology and head and neck surgery at Upstate Medical Center in Syracuse, New York. He is a diplomate of the American Board of Otolaryngology and a fellow of the American Academy of Otolaryngology-Head and Neck Surgery, and the Royal College of Physicians and Surgeons of Canada. Dr. Tritt is a member of the Medical Association of Georgia and the American Academy of Otolaryngology-Head and Neck Surgery. Dr. Tritt has been an instructor at national ENT meetings, a Medical Advisory Board member for computer image-guided sinus surgery, and been recognized by Atlanta Magazine as a “Doctor Who Doctors Go To”.